Today I had some really delicious chocolate cookies and Laugengebäck (juicy and crusty, incredibly lusty). The awesomeness made me go aflutter and I remembered a (music) video “Baby Got Laugengebäck” production by Jan Böhmermann – NEO MAGAZIN ROYALE. Let’s share happiness everyone and get yourself some perfectly tanned, yet elegant Laugengebäck! Jan Böhmerman is a German comedian and television / media entertainer, works also as comedy writer and producer. My congratulations to Mr. Böhmermann and his TV-Crew. for being awarded with the german Grimme-Award for their video production about Yanis Varoufakis / Varoufake-Video.

If you know how to play Skye – she is OP – the same as Buck – depending on the team setup and team-play. Anyway. Buck faced. I has bucket! If you want to play the Paladins Beta send me a message or go on twitch.tv/d0nnyeuw right now ask for invitation and maybe follow him if you like – have fun. You should not listen to my complaints and read the first hands-on look by Tina Lauro Pollock. Paladins: Champions of the Realm is a great game for a beta – it’s … Read more

The Chair of the Commission Nationale de l’Informatique et des Libertés (CNIL) issued formal notice to FACEBOOK to fairly collect data concerning the browsing activity of Internet users who do not have a FACEBOOK account. FACEBOOK must also provide account holders with the means to object to the compiling of their data for advertising purposes. Decision no. 2016-007 of january 26, 2016 issuing formal notice to FACEBOOK INC. and FACEBOOK IRELAND Europe’s highest court struck down Safe Harbor in October after reviewing Austrian privacy campaigner Max Schrem’s case against Ireland’s … Read more

Layout and site still broken. I’m currently busy getting everything to work, sorry for the mess. Missing posts and content will be up again next week. Now take a break and watch this: A short preview of the journey ahead, featuring clips from the very first quest to travel to the town of Balmora from Seyda Neen, and all the exploration to be had on your way there. Video by Squally, support him! http://www.patreon.com/SquallyDaBeanz Music – Skywind: From Seyda Neen To Balmora (The Road Most Travelled) by Harry Andre: https://soundcloud.com/harryandremusic/from-seyda-neen-to-balmora-the

Aw shot. This year the GDC host some really interesting and valuable lectures and talks and I can’t afford the time.  There are so many interesting things this year I could not even decide of what I should see and what not. Especially the lecture by Dan Nagler about ‘Designing Morally Difficult Characters, Responsibly’ is interesting. Designing Morally Difficult Characters, Responsibly by Dan Nagler This lecture presents narrative techniques for designing morally problematic player characters: how to invite empathy with those characters without condoning their actions, while ensuring an engaging, … Read more

Just posting this. No time today. SS7: Locate. Track. Manipulate. You have a tracking device in your pocket Companies are now selling the ability to track your phone number whereever you go. With a precision of up to 50 meters, detailed movement profiles can be compiled by somebody from the other side of the world without you ever knowing about it. But that is just the tip of the iceberg. SS7 is the global telecommunications backbone network. You use it every time you make a call, receive a text message … Read more

The story of the NSA listening post – told by an ex-SIGINT analyst who worked there. Once upon a time, or during the Cold War, the U.S. National Security Agency (NSA) built a man-made mountain of rubble over the top of an underground Nazi technical college in Berlin. This massive hill was called Devil’s Mountain, or Teufelsberg in German. It was on Devil’s Mountain where the NSA built one of the largest and highly classified Listening Stations in the world to eavesdrop and spy, intercepting Soviet, East German and other countries’ … Read more

This is the season of being together. It’s a time of hope and new beginnings. May the sweet magic of Christmas, fills your heart with love, that spreads to those whom you love. Take a look around and remember the magic and the joy of christmas may the essence of Christmas remains always with u. Share the glory, the wonder, the miracle of christmas with those around you, not just your family. Take your smile from the heart and share it with others. Wishing all my family members peace and love … Read more

Ever thought of applying for one of the positions that Blizzard has listed on their jobs page? You’re not alone. I’d actually go as far as saying that most people playing World of Warcraft, StarCraft or Diablo have at one point given it a thought. Jobs at Blizzard are notoriously difficult to find because Blizzard is one of the most respected companies in the games industry. World of Warcraft boasts over 7 millions subscribers that have at this point been playing for close to a decade, which might arguably make it the … Read more

It hasn’t exactly been a great time to be a gamer lately—except for huge, gross gaming trolls, who seem to be having a blast taunting people, making threats, and generally being the worst. But those trolls are now the target of an open letter from the gaming community’s creators to its fans, asking them to end intolerance for the good of everyone. Open letter to the gaming community We believe that everyone, no matter what gender, sexual orientation, ethnicity, religion or disability has the right to play games, criticize games … Read more 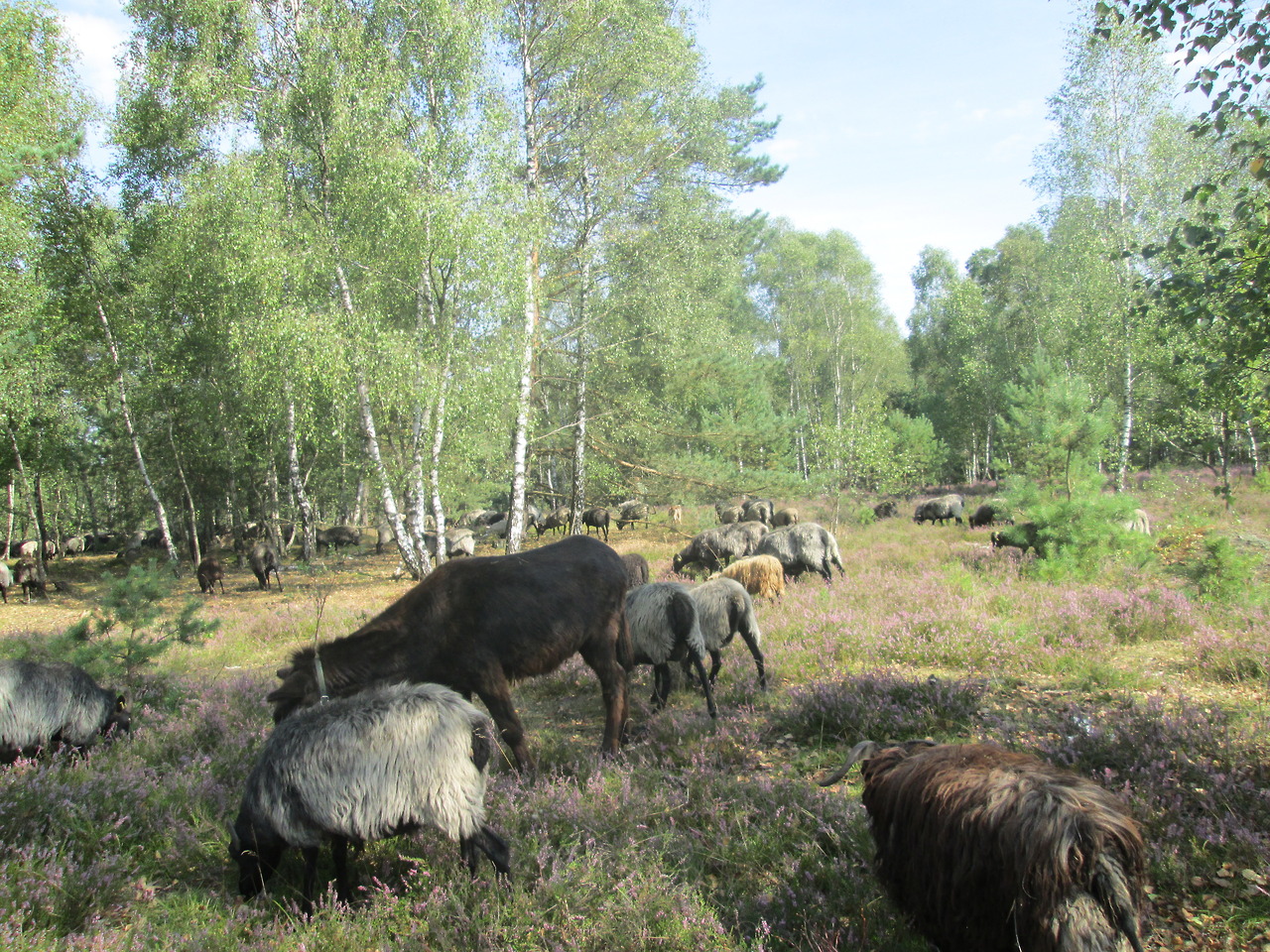 simple test for the interaction between tumblr, facebook & co …

Oh snap, I shit you not – I’m in particullary need of the social media guard. I do not leave the home without my smartphone nor I enter my bed without smartphone it – silently it’s waiting for new orders on my bed table, waking me up or trying to break my sleep… Do you leave your home without smartphone? Alerady interacting with early in the morning, not even finnished breakfast? Get yourself a SMC now! How does the Social Media Guard works? Take control of your life back and … Read more

For a game like Counter-Strike, there will be thousands of cheats created, several hundred of which will be actively in use at any given time. There will be around ten to twenty groups trying to make money selling cheats. We don’t usually talk about VAC (our counter-hacking hacks), because it creates more opportunities for cheaters to attack the system (through writing code or social engineering). This time is going to be an exception. Cheat versus trust is an ongoing cat-and-mouse game. New cheats are created all the time, detected, banned, … Read more 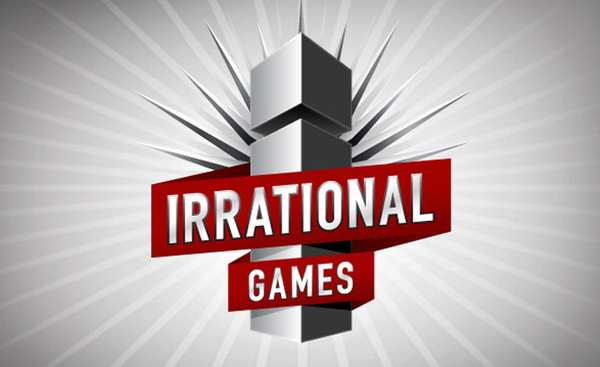 :O IDKAMWTS! A Message From Ken Levine When Jon Chey, Rob Fermier and I founded Irrational Games seventeen years ago, our mission was to make visually unique worlds and populate them with singular characters. We built Rapture and Columbia, the Von Braun and The Rickenbacker, the Freedom Fortress and some of the nastiest basements a SWAT team ever set foot into.  We created Booker and Elizabeth, the Big Daddy and the Little Sister, MidWives and ManBot. In that time, Irrational has grown larger and more successful than we could have … Read more