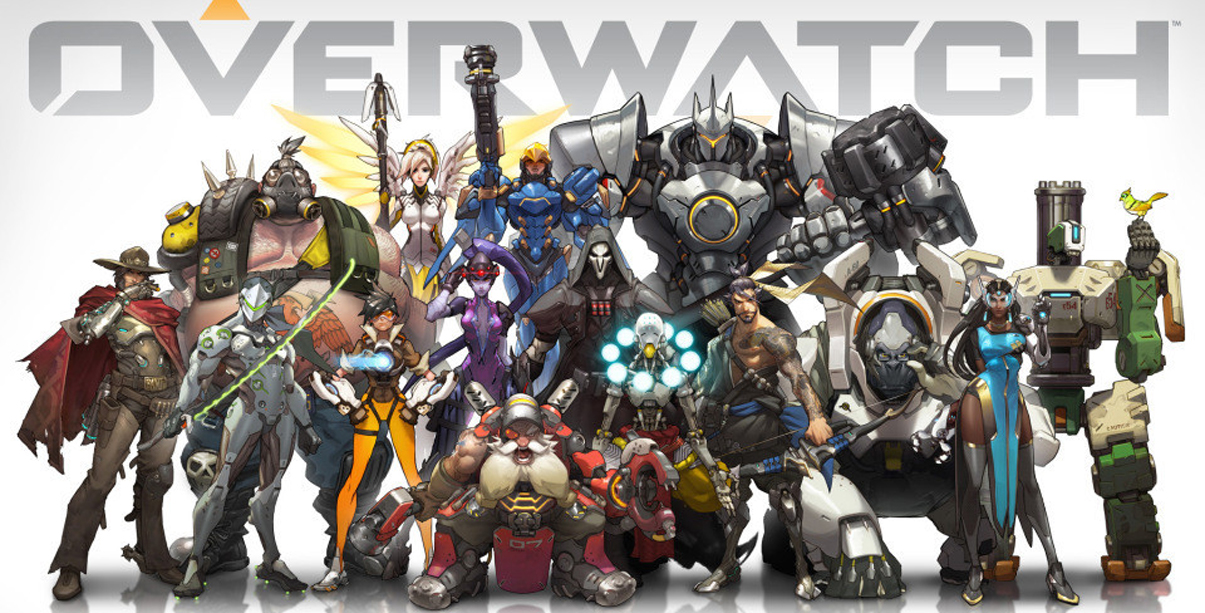 Today at BlizzCon 2014, Blizzard Entertainment announced a new franchise – it’s the first new franchise in 17 years, Hearthstone is a new game, not franchise – Overwatch. Blizzard is one of the video game studio best known for high-quality productions and games that you will enjoy even 10 years later. Not only for highly polished games also for astonishing cinematic trailers. They gifted us with games like Diablo, StarCraft and WarCraft, Hearthstone, today it’s the day not only for a brand new game but also for step forward, today there is Overwatch.

On the first look Overwatch seems pretty similar to Team Fortress 2, that’s not the case. Not only that Overwatch feels entirely different it also offers far more complex and opening for a variety on scenarios with a fast paced game-play. Team Fortress is none the less slow-motion. Overwatch combat speed is between Unreal Tournament 2004 and Quake 3 – with quick grappling mechanics, teleporting and flying, as well as ground traversal – not to be scared here, you choose your own pace how to play Overwatch. The focus point is on “fun, over-the-top” a team-based multiplayer shooter. Game director Jeff Kaplan at BlizzCon said “a game and genre” that Blizzard has been interested in exploring for a while. In Overwatch, which appears to feature Blizzard’s signature chunky, slightly cartoonish style, players will have access to a variety of classes and characters. Some characters wear missile-firing mech suits, while others wield a bow and arrow, dual pistols, sniper rifles, hammers, or staffs. For anyone who is familiar with Blizzards cancelled project Titan, you feel the vibe and beating hearth of Titan, not only as assets in Overwatch.

In a time of global crisis, an international task force of heroes banded together to restore peace to a war-torn world. This organization, known as Overwatch, ended the crisis and helped maintain peace for a generation, inspiring an era of exploration, innovation, and discovery.

Overwatch is a highly stylized team-based shooter set on earth in the near future. Every match is an intense multiplayer showdown pitting a diverse cast of soldiers, mercenaries, scientists, adventurers, and oddities against each other in an epic, globe-spanning conflict.

Official Blizzard Entertainment Press Release
The action of Overwatch takes place in a technologically advanced, highly stylized future earth. In a time of global crisis, an international task force of soldiers, scientists, adventurers, and oddities known as Overwatch had come together to restore peace to a war-torn world. After many years, the group’s influence waned, and it was eventually disbanded. Overwatch might be gone now . . . but the world still needs heroes.
With an emphasis on accessibility and pure fun, Overwatch brings Blizzard’s signature easy-to-learn, hard-to-master gameplay to the FPS genre. Harnessing the power of their hero of choice, players will join forces in teams of six and battle each other across a range of futuristic global locations, from the hologram-lit streets of London to a bazaar in the shadows of a high-tech Egyptian pyramid. Every battlefield is iconic and built to highlight each character’s unique abilities, and fights can shift from streets to rooftops to open skies within the span of a breath.
“Overwatch is our take on a vibrant, near-future universe with amped-up characters and action-packed team-based gameplay,” saidMike Morhaime, CEO and cofounder of Blizzard Entertainment. “With every new Blizzard game, we look at our favorite aspects of a genre and put our own spin on things. Our goal with Overwatch is to create an awesome FPS experience that’s more accessible to a much wider audience while delivering the action and depth that shooter fans love.”
The heroes of Overwatch each bring their own distinct weapons and superabilities to bear. Here’s just a glimpse of the numerous heroes that will ultimately fill Overwatch’s rosters:

A beta for the game is coming in 2015, and Overwatch is available to play at BlizzCon this weekend.