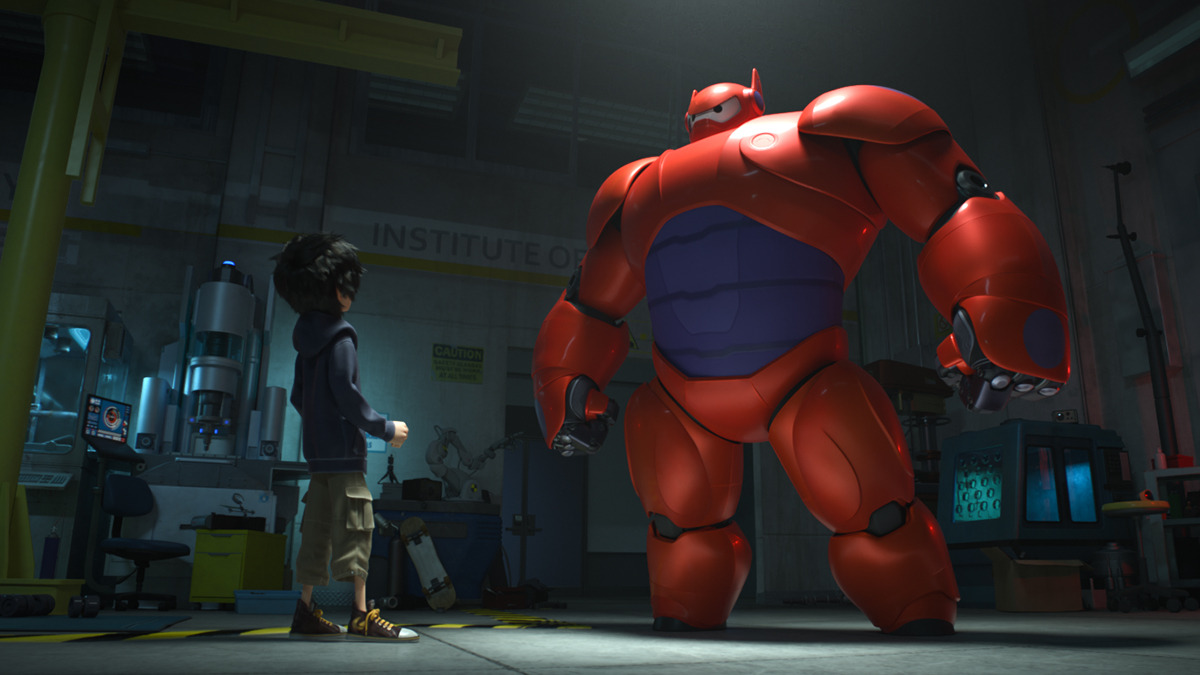 Inspired by the Marvel comics of the same name, and featuring comic-book style action, “Big Hero 6” is directed by Don Hall (“Winnie the Pooh”) and Chris Williams (“Bolt”), and produced by Roy Conli (“Tangled”). The film hits UK cinemas in 3D in February, 2015. With all the heart and humor audiences expect from Walt Disney Animation Studios, “Big Hero 6” is an action-packed comedy-adventure about robotics prodigy Hiro Hamada, who’s catapulted into the midst of a dangerous plot and must transform his closest companion—a robot named Baymax—and a diverse group of friends into a band of high-tech heroes.

Set in a fictional metropolis called San Fransokyo (a portmanteau of San Francisco and Tokyo), a young robotics prodigy named Hiro Hamada and his self-created robot Baymax uncover a criminal plot and pull together a team of inexperienced crime-fighters, including Wasabi, Honey Lemon, GoGo Tomago, and Fred to solve the mystery surrounding the crime.

Big Hero 6 is due for release early 2015, is directed by Don Hall and Chris Williams and stars T.J. Miller, Jamie Chung and Maya Rudolph.

If you like the background music you can find the song here.